Thanks for your interest. Please make sure that you've provided current phone numbers so that we may contact you.

Doug Smith is a 28-year FELLERS veteran. Beginning his career as VP of Operations, Doug played an instrumental role in opening our first satellite facility in Elk Grove Village, IL in 1992. Doug maintained his Operations VP role until FELLERS operated approximately 30 facilities nationwide. Doug has worked in virtually every department throughout his time at FELLERS and is now VP of Human Resources. 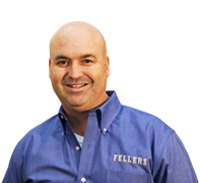 Rex has been with FELLERS for 23 years. He began his career in operations and spent the first 10 years helping to build and manage this side of the company throughout the U.S. He then spent five years in recruiting and development of personnel. In 2009, he moved into Supply Chain Management where he worked for three years helping to manage and purchase inventories. He has since moved back into Recruiting and Development, where he is responsible for the recruiting and placement of all FELLERS personnel. 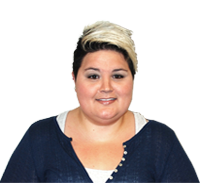 Terra has been with FELLERS for 7 years. She began her career in Inside Sales and spent the first four years taking inbound sales calls helping our customers place their orders, then became a lead for the next two and half years before moving to recruiting.

FELLERS is America's Largest Vinyl Sign Supply Company. FELLERS employees, whether they work in sales, operations, or administration, hold customer service as one of their highest priorities. Founded in 1986, our corporate office is located in Tulsa, Oklahoma, and we have over 50 sales/operations facilities throughout the U.S. We offer competitive benefits. Our hours are normally Monday thru Friday with an occasional weekend. We are a fast-growing, stable company and we are always looking for long-term, career minded individuals to come on board.
close

Sorry, there were no results for “{{ searchstring }}”